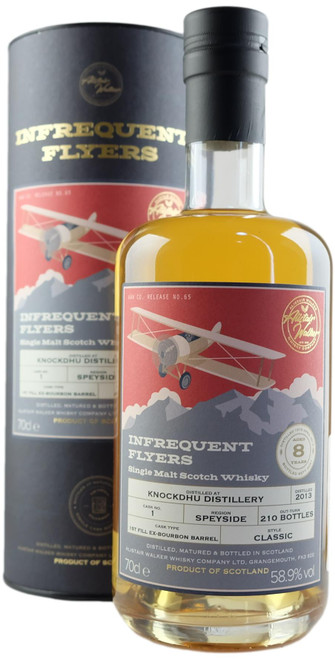 An 8-year-old single cask from the Knockdhu distillery, bottled by Infrequent Flyers as release #65.

Palate: Banoffee pie smothered in custard. A little nutty, with a touch of chilli pepper.

Founded in 1893 by DCL (now Diageo), Knockdhu was mothballed in 1983: one of the many victims of the whisky loch of the 80s. The distillery began production again in 1988 when Inver House purchased the site. Shortly thereafter they began to release AnCnoc single malts. The distillery produces a fresh, citric, intense newmake which has fantastic palate weight.