Wolfburn From The Stills Autumn 2020 Release 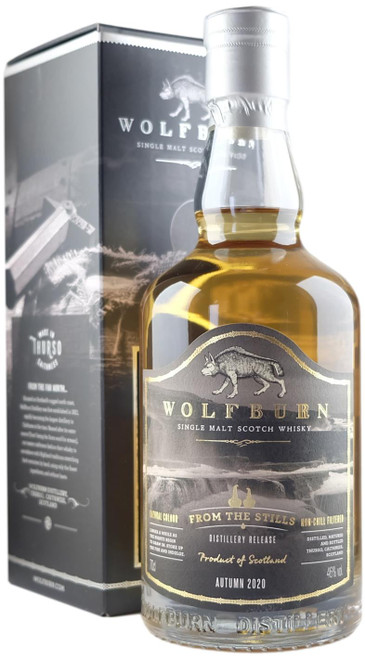 Wolfburn From The Stills Autumn 2020 Release

A distillery-only release from Wolfburn which has been made available because due to the visitor's centre at the distillery being forced to close for most of 2020.

In one of the silver linings of the global pandemic, we've been able to get access to these releases for the first time.

This release was limited to just 470 bottles, with a small portion of that coming to Australia. It was created from an oloroso sherry hogshead and a bourbon barrel.

Tasting Notes by The Oak Barrel:

Wolfburn is located in Thurso and was originally founded in 1821. Details are scarce but its production is believed to have been intermittent at best and likely non-existent during the period from 1850s-1870s.

Reduced to ruins, a private company revealed plans to rebuilt the distillery in 2012 and spirit ran off the stills at Wolfburn once again in January 2013 after some 150-odd years of silence.