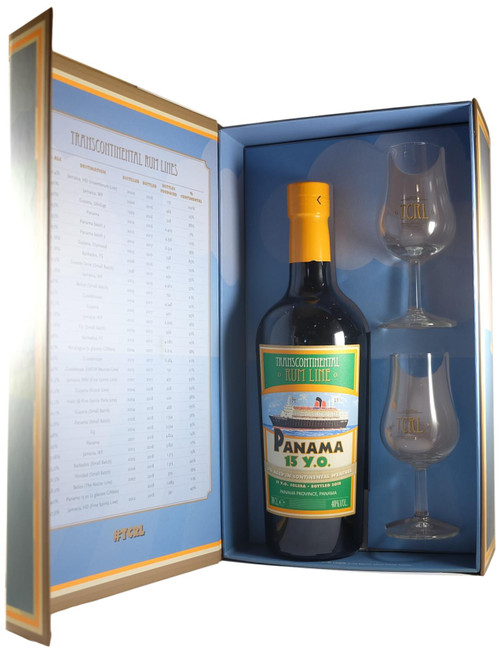 A 15-year-old Panamanian rum bottled for the Transcontinental Rum Line.

Distilled from molasses through column stills, this has been matured for 15-year in a solera style system using ex-bourbon barrels.

Matured for 15 years in that tropical solera before spending less than a year in Europe.

The Transcontinental Rum Line is a series of rums produced by French spirits icons LMDW Creations. The range celebrates the traditional Atlantic crossing from the Caribbean to Europe, where many casks were sent to age. Europe's cooler climate range of barrels resulted in a very different maturation for the rums that spent most of their time in tropical climates.