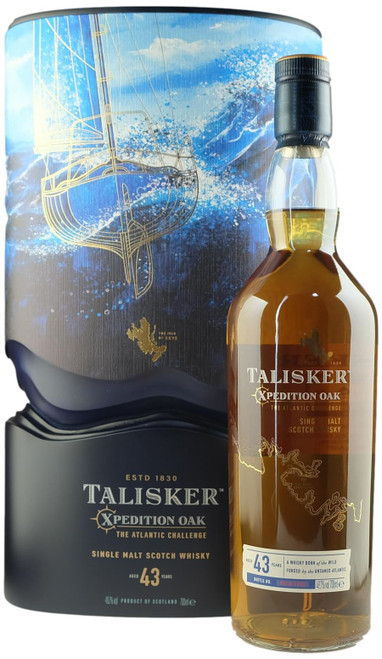 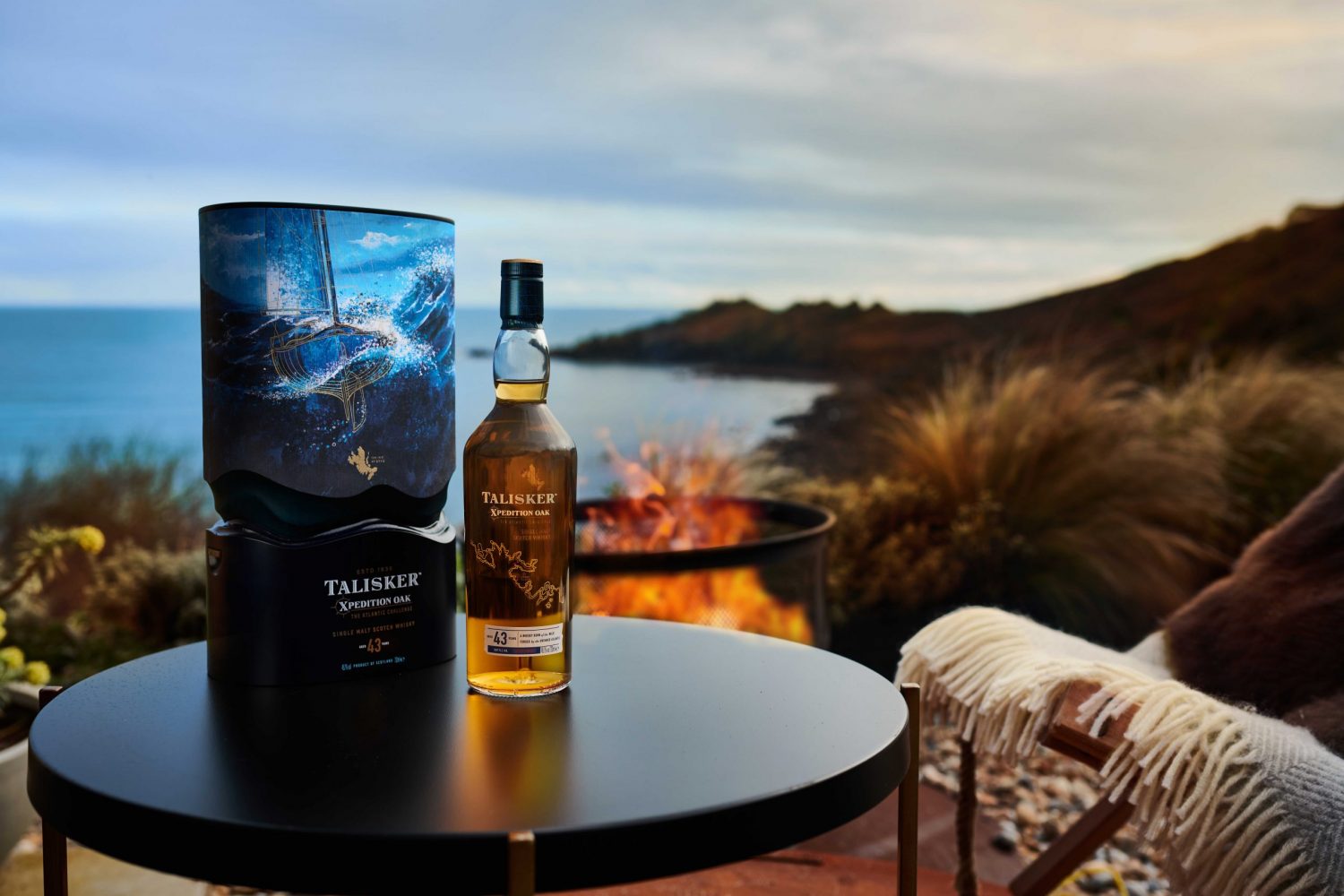 The Talisker 43-Year-Old Xpedition Oak: The Atlantic Challenge is the oldest whisky released by the distillery to date. This release was inspired by the voyage taken in 1830 by the MacAskill brothers; founders of the Talisker distillery, who sailed from the Isle of Eigg to the rugged shores of the Isle of Skye. To pay tribute to the brothers story, renowned adventurer James Aiken undertook a 5,253KM Atlantic voyage. On the yacht's deck throughout this voyage sat a selection of barrel staves, which upon the completion of Jame's epic journey formed part of the ten barrels used to finish this whisky. One of only 1,830 bottles. 49.7% abv.

Finish: The salinity stays with you throughout, accompanied by a gentle sweetness and a whisper of smoke.