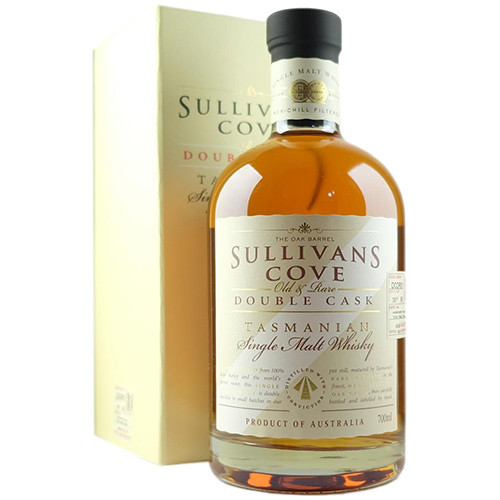 Following an extended setting period at the distillery, as dictated by Distillery Manager Heather Tillott, the bottles have now arrived at The Oak Barrel, and it is showing even greater complexity and integration than the initial bottled samples.

Launched Friday 27 August 2021 in a live stream as part of Sydney Whisky Forum 2021 this is the first designated 'Old & Rare' Double Cask expression.

Talking about the whisky in the stream Tillott said, "A large chunk of this is bloody old. About 55% or so is 18-year-old or 20-year-old whisky. It’s pretty significant for a Double Cask, the average age for a Double Cask is 13… there’s a spread but the vast majority is around the 11-12-13 years old. This one, the vast majority is around 18 or 20-years-old [in ex-bourbon cask] – that’s a significant proportion so that’s going have a significant impact on the style, every part of it.

"From how it feels in your nose, the aromas from the style of whisky that was being produced back then, the texture, the flavour profile.

"It’s a practise that works really well, it’s an excellent complementary mix when you’ve got that really settled, thick, old, it knows who it is old wise man sort of whisky and then you can have some bright, youthful elements pulling in and making quite the marriage." 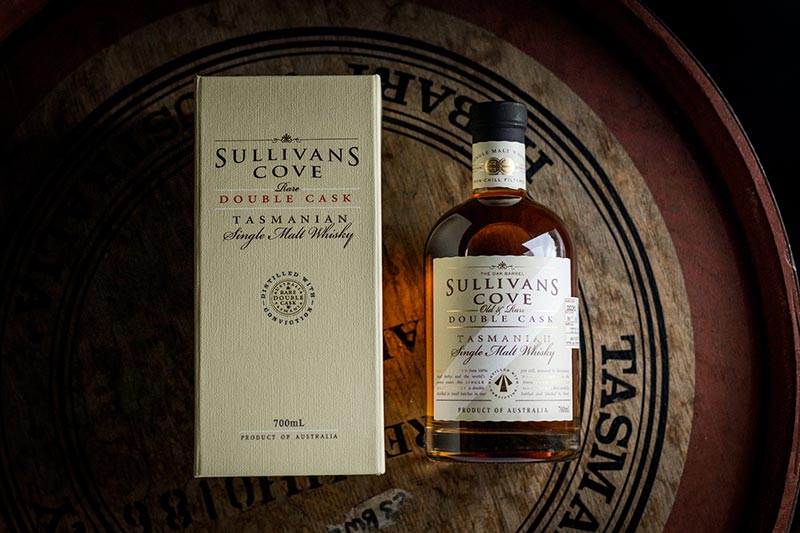 Old & Rare is a premium series from Sullivans Cove to showcase exceptional old whisky, but has previously only existed in single cask form. The bulk of this liquid (approximately 40%) is from a 20-year-old American oak ex-bourbon cask and gives this whisky its big, waxy banana texture.

To elevate this cask Distillery Manager and Head Blender Heather Tillott dug into the warehouse to build this exceptional flavour wheel. A further 15% came from another American oak cask, this time an 18-year-old, while a French oak white wine casks gives a lot of depth and structure. Some 11-year-old ex-tawny American oak casks were used also whilst a nine-year-old virgin oak cask (which provides a vanilla-y biscuit flavour) was the youngest in the batch.

As Tillott describes, this is a very unique "stretch of the bond store" encompassing whiskies and tastes from across the Sullivans Cove spectrum. With such a large portion of the blend coming from older casks, it is also strong on the old 'HH' style of whiskies from Sullivans. 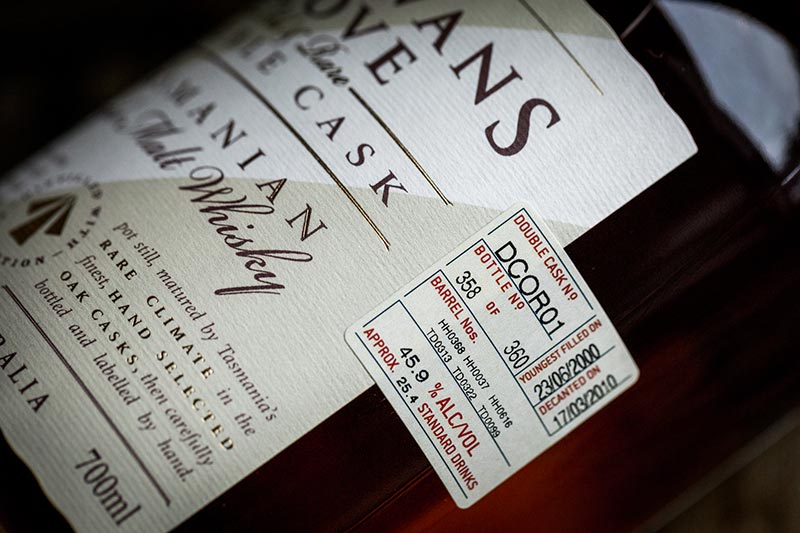 This release is a collaboration between Sullivans Cove and The Oak Barrel and launched at Sydney Whisky Forum 2021. We have collaborated with Sullivans on releases in the past, most notably in 2014 when we released an Oak Barrel exclusive French Oak cask. In that same year, cask HH525 was named World's Best Single Malt at the World Whiskies Awards and demand for the distillery went through the roof.

We've been lucky enough to have small annual allocations from the distillery since then, but have not been able to feature the distillery at Whisky Fair properly since then due to a lack of stock. After seven years of planning and discussing, we're overjoyed to have found the right release to partner on once again.

This release makes sense for a number of reasons. Blending (or "vatting") casks within distilleries to create consistent single malt whiskies is one of the next great frontiers in Australian whisky. Early trends in the modern Australian whisky scene were focused heavily on single cask releases, and while that produced some exceptional whisky, as the industry grows the demand for consistency has also grown.

Now, this Sullivans Cove whisky is not something that is going to be repeated but it is a great example of how blending casks together can create something that is bigger and better than the some of their parts.

We left the hard work up to Heather for this one. In our opinion she's one of the best noses and operators in Australian whisky right now and has been responsible for not only maintaining quality at Sullivans but enhancing it. What she has created here is nothing short of stunning. 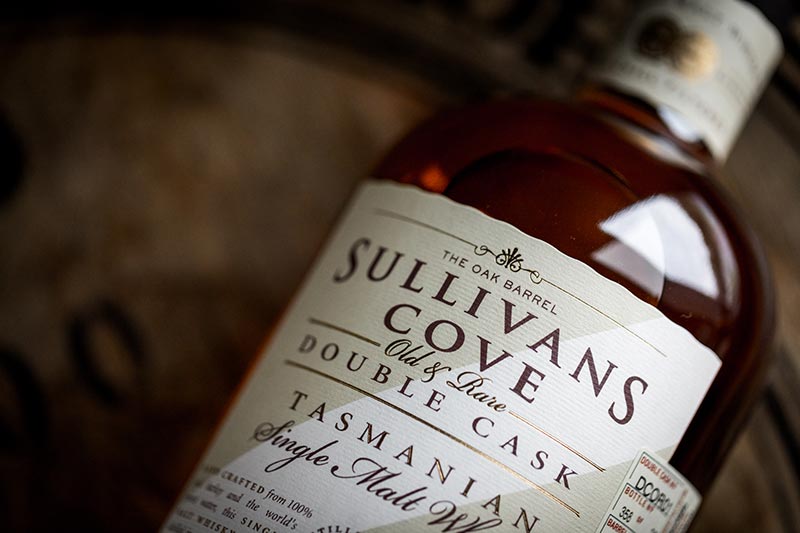 These tasting notes were taken from an early sample when first bottled and subsequent passes at this whisky have shown even greater balance and complexity as the whisky settles.

"When this first landed it took me 24 hours to get my head around the finished product. It had such an old whisky nose but those strong textural elements of Double Cask releases shone through. Every time I go back to it I get something more and the nose is exquisitely seductive. Ripe fruit amongst leather chair and fine oak tannins, not enough to be offensive. I get less citrus than Joe and more of that warming, vanilla hug.

"Palate is an extention of the nose. Layered, but everything in its place. Marzipan, ever so slightly nutty, amongst citrus peel and delicate sweetness. Leads into an effortless finish, the alcohol strength is perfect I think. Lingers long with vanilla and a touch of toasted caramel."

"Immediately toffee/caramel hints on the nose, there's a very faint leather and pencil shaving like aroma too. Hints of orange peel, marzipan, walnut, toasty feel, hay, quite a bit going on but it feels balanced and maintains a lot of freshness throughout. Constantly unravelling, but I feel that orange fruit is a really key theme on the nose.

"Palate, quite a seamless transition from the nose, maybe a little less spice than anticipated with some green apple, fleshy pear, little waxy character going on, there's that orange peel coming through, not overt sweet caramel or fudge like we saw on the nose, but a little more of a baked goods feel, sweet toasted breads, so balanced and well rounded. Elegance is the name of the game here, no sharp edges, I wouldn't call it easy-drinking but it doesn't make you work too hard. A class act."

Luke's sample was sent from the initial bottle which The Oak Barrel reviews came from, a sample bottle that got better every time awe looked at it and was from the pre-settling period. The whisky is showing even greate complexity and integration in the final product. You can read the full review here, but giving it a fantastic 90 points he concluded:

"Almost two journeys at play, in that the nose reveals the older, darker, herbal elements, but on the palate, it just glides down all creamy and chocolatey. It's moreish stuff and rewards multiple passes. I found quite a difference tasting this a week apart, so it'll be interesting to see how it progresses in the bottle. A great addition to Heather Tillott's portfolio of gems, and a great celebration of one of Australia's oldest independent wine and spirits retailers."