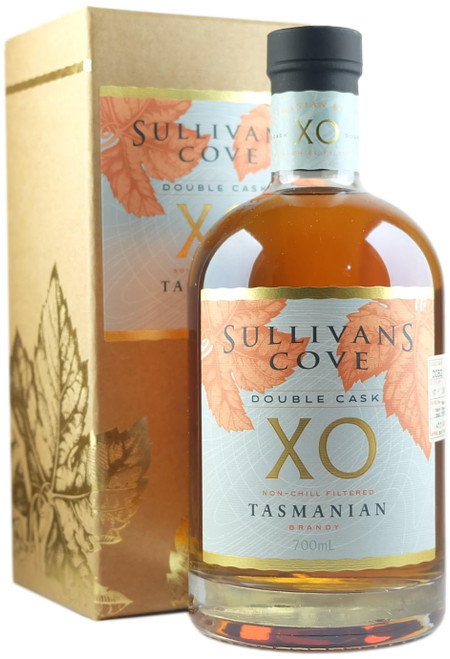 A brandy distilled from Tasmanian grapes at the famed Sullivans Cove distillery.

Famous for their whisky, Sullivans Cove are also one of the leaders of the emerging modern premium brandy scene in Australia. Their current releases (circa 2021) date back to a period over ten ago, when they collaborated with winemakers in the Huon Valley to distil grapes.

The double cask release 3 is a mixture of nine-to-12 year old brandies, matured in a variety of European and American oak casks. Grapes distilled include pinot noir, chardonnay, sauvignon blanc and gewürztraminer

Sullivans Cove Production Manager Kirsten Laurie says of the release, “A rich and sumptuous number with a beautiful balance of vibrant fruitiness and lingering spice."

Established in 1994Sullivan’s Cove is one of the oldest ‘modern’ whisky distilleries in Tasmania, and Australia. Under the direction of Patrick Maguire since 1999, It has become arguably the best-known Australian whisky distillery globally having won Worlds Best Whisky and Worlds Bets Single Cask Whisky multiple times.

The distillery celebrates its 25th anniversary in 2019.