Starward Smoke & Mirrors, a single barrel expression from the Port Melbourne distillery, matured in a variety of casks and bottled at natural cask strength 57.5% for The Oak Barrel. 250 bottles. 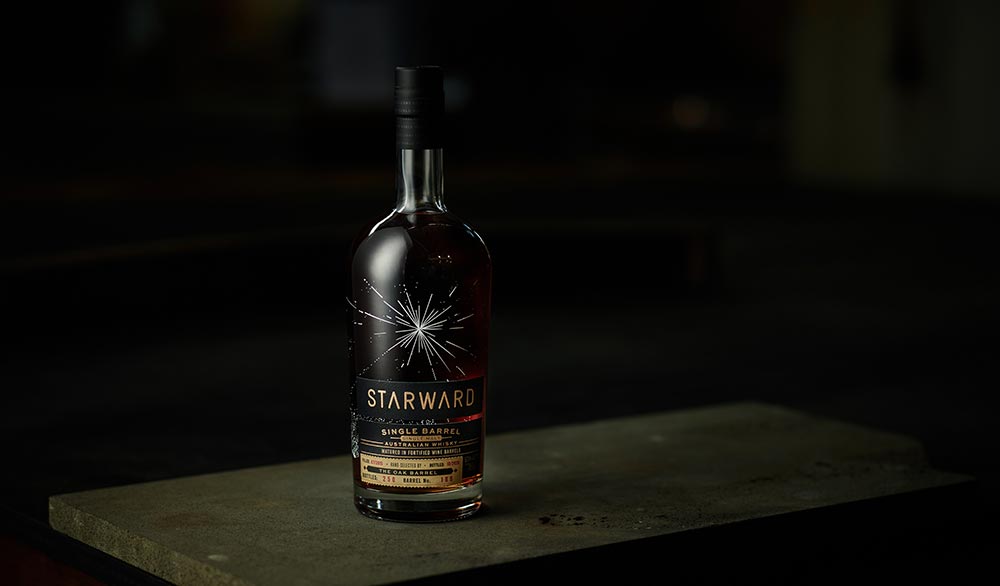 Starward is a distillery that The Oak Barrel is lucky enough to have had a long and enjoyable relationship with. From the Essendon Fields site, through the Port Melbourne move and now the amazing ‘build up’ expansion of 2020, it’s a distillery we always make sure we visit when down south and a distillery that has always had a place in front of our audiences when they’re heading north.

From those very early single cask releases came an exclusive bottling for the Oak Barrel’s Sydney Whisky Fair in 2014. With just 53 bottles at 58.3%, it was drawn from a 50 litre cask with red wine staves and virgin oak cask heads. It was a standout of the early Oak Barrel exclusive bottlings and one that we’re only aware of a handful of bottles that left in existence. (Fittingly, most have been drunk as intended – as was this sample by WhiskNick). 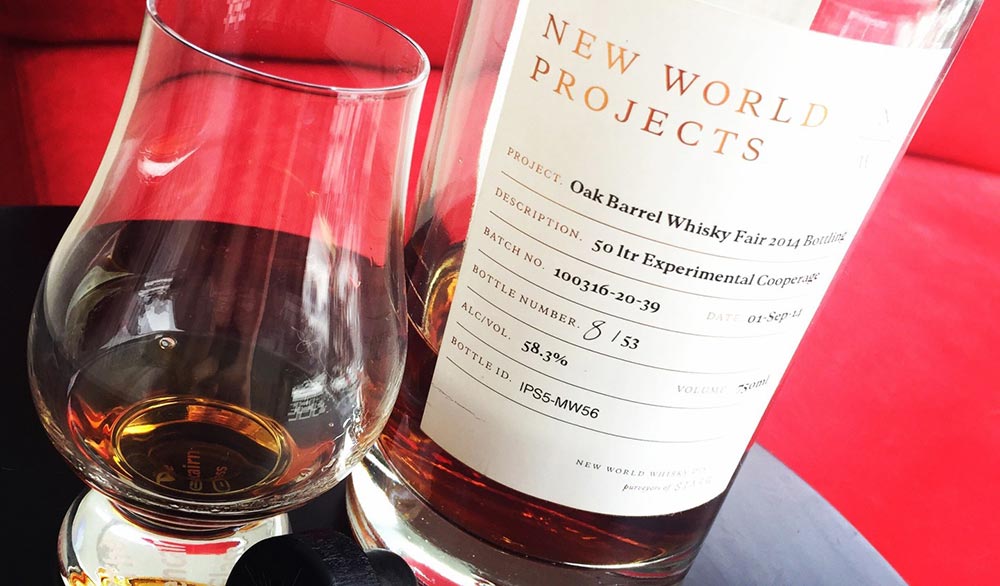 In 2015 there’d be a change of the guard at The Oak Barrel, with Withers moving over to help the establishment of Archie Rose and Scott Fitzsimons coming onboard to fill those not insignificant shoes. In his first Sydney Whisky Fair at the helm, the first distillery he picked up the phone to for that year’s Australian exclusive was again Starward – this time in slightly bigger quantities.

Across a few phone calls and emails, Vitale sent up a cask sample that had the words ‘Reverse Double’ written on the side. It was a red wine and apera cask matured whisky, the opposite order of their early Doublewood releases. 248 bottles at 48.5% for what was, at the time, a very different take on the bruising, fruit-bursting New World Project Releases, Reverse Double was tamed and restrained, the flavours more approachable – and equally as well received.

In the proceeding years (and with multiple reciprocal visits) we tossed around various ideas as to what our next collaboration release could be. Without wanting to tread the same ground twice, and with Starward’s continuing popularity forcing pressure for barrels to be used in the core releases, there were many bright ideas and great casks, but nothing that really suited a release to represent our relationship.

Having picked up discussions in a meaningful way throughout 2019, it was in November that things really kicked into gear. A planned expedition to go cask hunting was scuppered by the global pandemic and the distillery’s planned renovations, so cask samples and discussion were conducted – like everything in 2020 – remotely. 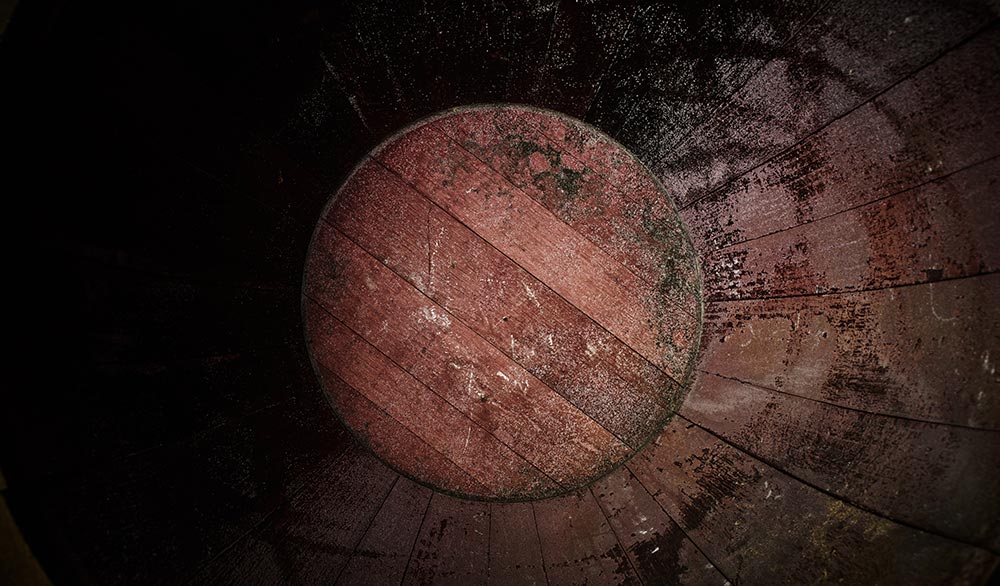 Inside the barrel. Picture courtesy Starward

In 2014, the same year we bottled out first Starward exclusive cask, various barrel samples were vatted together behind the distillery bar with no real intention for the liquid to go anywhere outside of samples and fun. The vatting was dubbed ‘Smoke & Mirrors’, which has become a byword for experimental 'vatting' casks at the distillery.

[Author note – Credit to Steve M Oates who pointed out in the excellent ‘Friends Of Starward’ Facebook Group that a sample of something called ‘Smoke ‘n’ Mirrors’ appeared on a 2015 Essendon Fields drinks menu. “This is not a whisky for the faint of heart,” it read.]

The Oak Barrel’s Smoke & Mirrors single cask is a celebration of Starward and the people of the distillery. It celebrates their quintessentially Australian whisky, made with and matured in locally sourced ingredients, and the restless experimentation of those who work there.

This comes from five separate 50 litre casks, all deemed to unique – or exciting – to blend away into the core releases they were intended for. They were vatted together into a 200-litre barrel (#109) for eight months.

The first fill aperas are the youngest, coming in at five years old. The youngest spirit here was distilled 28 August 2015, funnily the week after Whisky Fair 2015 where the Reverse Double was launched. The second-fill aperas were distilled significantly earlier and would now be nine-and-a-half years old.

The PX cask is the earliest fill of the bunch, having been distilled 1 November 2010. This barrel was bottled in the last week of October 2020, just days before that spirit would have turned ten.

Smoke & Mirrors is powerful and bold Starward, showcasing deep dark fruit notes without losing the vibrant tropical fruit notes of the new make. We’ve decided to bottle this at natural cask strength, 57.5%, however after multiple tasting sessions – and there have been a few – we’ve got a hunch that this whisky is at its optimum at around the 52% mark. That’s a few drops of water, depending on the size of your glass. After those first neck pours, however, the need for water diminishes.

Try it neat, put a splash of water with it.

Toast great whisky and the people who make it when you do.

Please note, final tasting notes written after bottle was half empty so had plenty of time with air. Strongly advise adding water to the neck pour to tame the beast.

Blake: “Dry and warming with plenty of oak tannin and spice with notes of aniseed. Very long finish.”

Scott: “Water drags it out further, complexity and spice carry through. Do I detect a bit of wood smoke? Nah… that’s the mind playing tricks having read the label of the sample bottle.”