A staple favourite of Oak Barrel rum customers, we’re going to be live streaming a tasting of Plantation Rums this April at The Oak Barrel.

The tasting will be built around the ‘Plantation Experience Gift Pack’, which comprises of 6 100ml bottles.

Included are the white rum, their original dark, the Barbados Grande Reserve, the Gran Anejo from Guatemala & Belize, the 20th Anniversary XO and 2004 single vintage from Peru.

WE ARE DELIGHTED TO NOW CONFIRM THAT THE TASTING WILL BE HOSTED BY ALEXANDRE GABRIEL, PRESIDENT AND MASTER BLENDER OF MAISON FERRAND/PLANTATION!

In 1989 the Maison Ferrand cognac house was taken over by Alexandre Gabriel, who planned to return one of the regions oldest spirit brands to the height of its powers. Starting with cognac and then moving into other fine spirits, Gabriel scoured the Caribbean throughout the 1990s in source of rum. From those trips the Plantation brand was born. Rums are transferred to France, where they undergo final maturations in a variety of casks.

The tasting is part of The Oak Barrel’s new series of virtual tastings, which help us share and talk about great drinks during periods of self-isolation, but is also something we intend to embrace into the future. 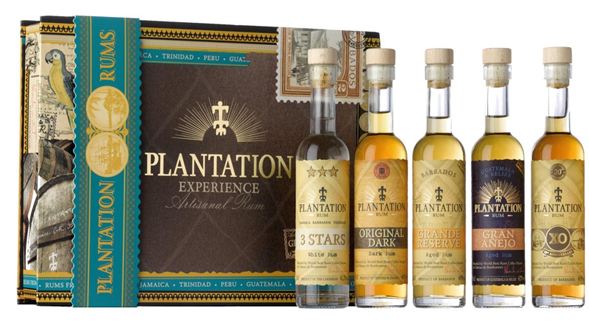 What We’ll Be Tasting

How The Tasting Will Work

Packs will be sold for $120, $110 for Oak Barrel members, including delivery from today. (The packs retail for $125 in store – so it’s a pretty good deal just for the six 100ml bottles straight away!)

We’ll be sending out those packs from Monday 13 April, to ensure that we can get them everywhere they need to be.

Then on Wednesday 22 April we’ll go live with the expert team from importers Proof & Co and The Oak Barrel’s Scott Fitzsimons to talk through rum and Plantation.

That will be live streamed through The Oak Barrel’s Facebook page as we field your comments and questions from around Australia.

The bottles are 100ml and we recommend 15ml pours for the tasting event, so you’ll have plenty of rum left over after the night.

The live stream video will be posted after the live event concludes - so you can do the tasting at your leisure. But if you want to follow along live, we recommend ordering by Monday 13 April.

WHAT: Plantation Rum Experience Virtual Tasting
WHERE: Your house
WHEN: Wednesday 22 April, 6.30pm
PRICE: $110 for members and $120 guests