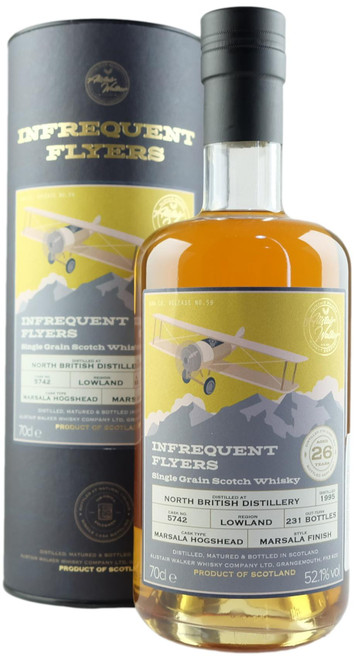 Palate: A dessert extravaganza. Praline and brown sugar. Coconut macaroons and sugared almonds. A little spicy kick at the back.

North British in the suburbs of Edinburgh was built in 1887 is one of Scotland's biggest grain distilleries. It is currently part owned by Diageo and Edrington and it's spirit goes into a plethora of blends.