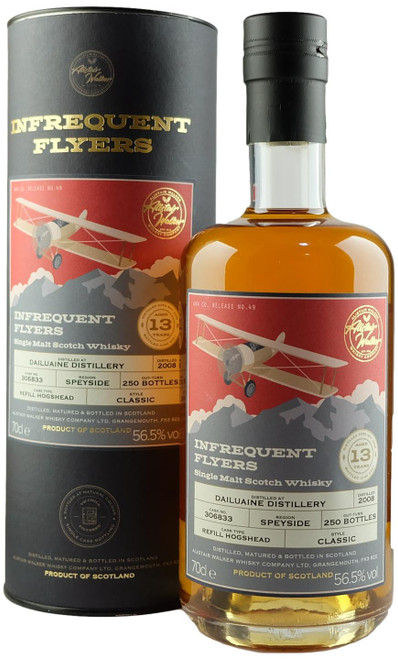 A 13-year-old single cask from the Dailuaine distillery, bottled by Infrequent Flyers as release #49.

Drawn from a single refill hogshead that yielded 250 bottles at 56.5%

Nose: Grassy and light, complimented by notes of cereal and digestive biscuits.

One of Diageo's workhorse distilleries; Dailuaine was founded in 1851 in Speyside. Dailuaine was the first distillery in Scotland to feature a pagoda roof, an architectural element that gained a lot of traction thereafter. Long fermentation, fast distillation and (historically) the use of stainless steel in their condensers, creates a heavy, meaty spirit that works incredibly well with sherry cask maturation.