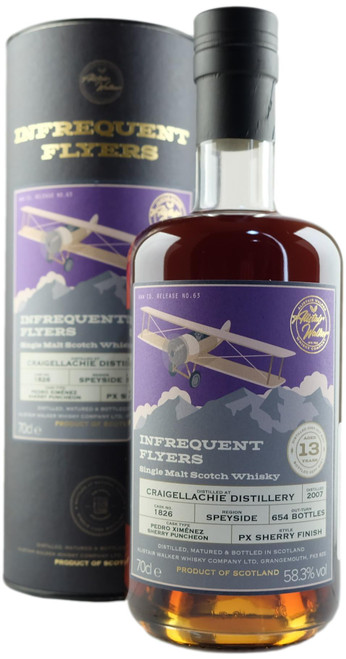 A 13-year-old single cask from the Craigellachie distillery, bottled by Infrequent Flyers as release #63.

Palate: Rich and densely flavoured. Liqueur-esque. Brandy snaps, dark chocolate and Morello cherries. Intense raisin and sultana. Quite a peppery note at the back.

Craigellachie famously uses worm tubs to condense its spirits during distillation, meaning the spirit passes through a copper pipe spiral in a vat filled with water. The traditional method, it creates heavy, meaty spirits that showcase great texture and complexity with age.