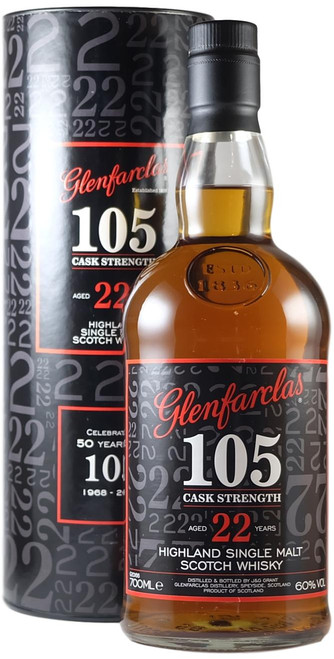 The Glenfarclas 105 was originally introduced in 1968 as a hand-fill offering for employees. It has since become one the distilleryâ€™s flagships and an icon of cask strength Scotch whisky.

Just 3,600 bottles of this have been released around the world.

The Glenfarclas distillery is located in the Speyside region, within the Scottish highlands. Founded in the 1830s, it was purchased by John Grant in 1865. The sixth and fifth generations of the Grant family still run the distillery today and it is often regarded as one of the top two examples of independently-owned distilleries which have survived from the Victorian era (Springbank being the other).