Sydney Whisky Forum 2020 is a ten-day celebration of whisky in the Australian market featuring panels, discussions, keynote interviews and virtual tastings. Running from Monday 24 August to Wednesday 2 September, the first annual Forum takes place across the same last week of August that would have seen the 11th annual Sydney Whisky Fair run, had it not been for 2020’s complications. 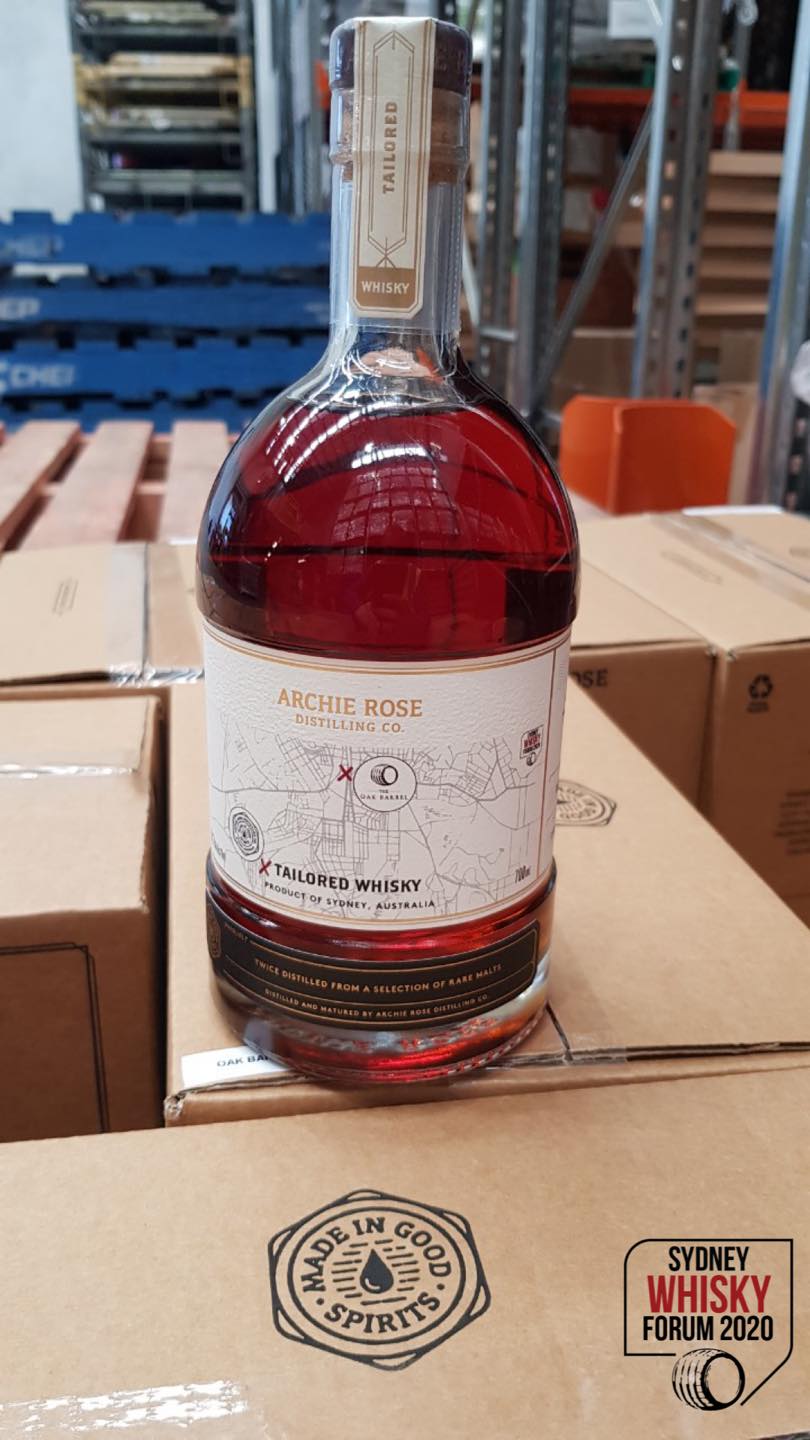 Launching across Wednesday and Thursday nights, a very small amount of remaining bottles will be made available here from 1pm Friday 4 September.

A release years in the making, we are beyond excited for you to try Archie Rose cask R125 – the first single cask rye whisky they’ve released. This is their classic Rye Malt Whisky (the one named best Rye In The World) in single cask format, it is weighing in at cask strength 52.4%.

Tasting Notes By The Oak Barrel:

Luxurious, rich and sultry on the nose, it is initially driven by the rye grain spice – which feels like it wants to go even bigger but is tempered by the prettiness surrounding it. Deep caramels and warm golden syrup make way for more confectionery notes like marshmallow, becoming even softer that it initially was.

The palate is viscous and velvety, the grain spice in perfect balance with the virgin oak influence. It is at once powerful and calming, leading into a finish that is more nutty than spicy now, gentle waves of macadamia and milk chocolate lapping at the receding spice.

Continually evolving on repeat passes, this is a whisky utterly fitting to our first whisky collaboration with Archie Rose. It’s also a whisky whose end product somehow surpassed our highest expectations, lofty as they were.

Insights and trends into the Scottish isndie bottling scene with North Star, Rest & Be Thankful, Infrequent Flyers and That Boutique-y Whisky Co.

Checking in with Ardnamurchan and Adelphi just weeks before the release of their inaugural single malt release.

A 'state of the industry' discussion with one of the world's foremose experts on Japanese whisky, Stefan Van Eycken. Where are we going fom here?.

Looking at the future of Tasmanian whisky as well as what it means to be a 'master', the difficulties of judging spirits and the art of blending.