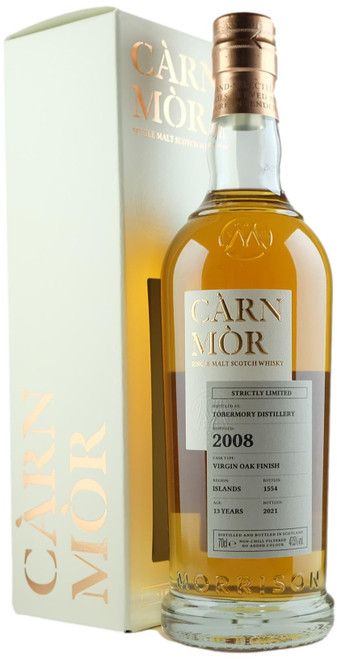 A 2008 vintage from the Tobermory distillery, bottled by Carn Mor's Strictly Limited range.

"Salted caramel on a brioche bun and fresh pineapple on the finish."

This is an unpeated expression from the Tobermory distillery (peated whiskies appear under the name Ledaig), located on the Isle of Mull. The distillery utilises relatively short fermentation runs in tangent with stills designed to maximise reflux. The result is a spirit which is rich and coastal, yet at the same time full of sweet fruit and malt notes.