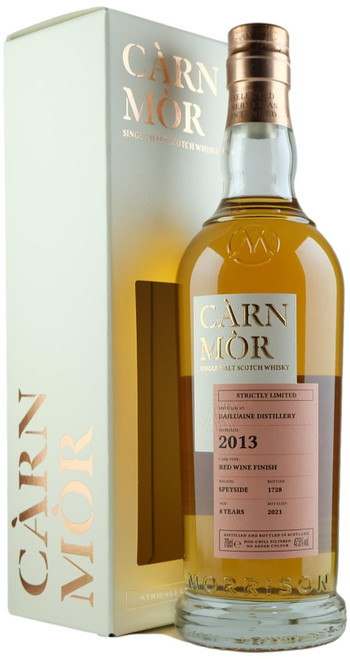 A 2013 vintage from the Dailuaine distillery, bottled by Carn Mor's Strictly Limited range.

"Red berries and stewed apples with a beautifully dry finish."

One of Diageo's workhorse distilleries; Dailuaine was founded in 1851 in Speyside. Dailuaine was the first distillery in Scotland to feature a pagoda roof, an architectural element that gained a lot of traction thereafter. Long fermentation, fast distillation and (historically) the use of stainless steel in their condensers, creates a heavy, meaty spirit that works incredibly well with sherry cask maturation.