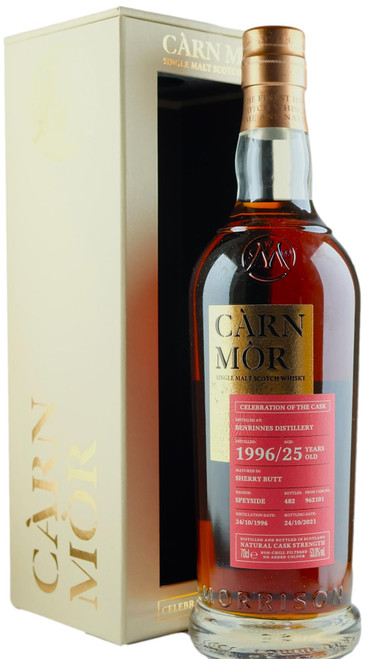 A 25-year-old from the Speyside Benrinnes distillery, bottled for Carn Mor's Celebration Of The Cask series.

"Luxuriously rich, yet elegant with sultanas and hints of Christmas spice."

Benrinnes was built in 1826 and is largely used to create whisky for blends and it produces a new make spirit that is often described as heavy and meaty, similar to distilleries like Dailuaine and Mortlach which are also owned by Diageo.