Each year The Oak Barrel’s whisky expert has the tough job of thinking back across the hundreds of whiskies we’ve opened at tastings and sold over the counter in the previous year. From there our Whisky Of The Year is chosen in accordance to a very flexible set of criteria based around flavour, enjoyment, value and memories.

In our 2018 choice we’ve a couple of firsts – the first Australian whisky ever and the first non-single malt. Yep, Starward Two-Fold Double Grain – The Oak Barrel’s Whisky Of The Year 2018. 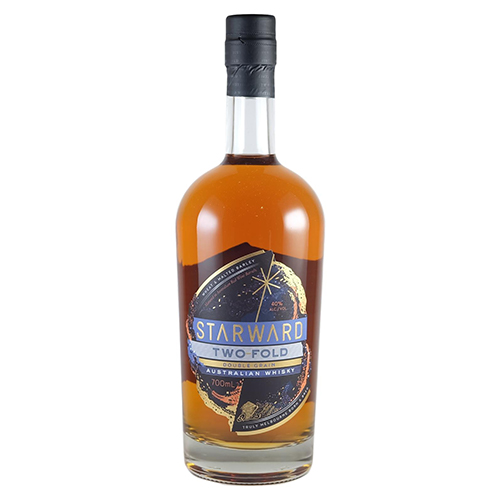 Not the most complex whisky we were lucky enough to try, not the biggest punch and certainly not the most expensive, the Two-Fold won our hearts and minds for what it represents, the fun we’ve had with it and the guilt-free enjoyment of its flavour.

Retailing for $75, $67.50 for Oak Barrel members, the  Two-Fold is exceptional value for an Australian scene that has been spiralling out of control. The result of distilling two quintessentially Australian grains, Victorian barley and New South Wales wheat, it has been matured in Aussie wine casks and is the whisky that we can take to the world. Just like Johnny Walker continues to be a bastion to Scotch and Jameson saved the limping Irish scene, Two-Fold will be many local and international drinker’s introduction to Aussie whisky. And we think it’s a bloody good one at that.

It’s a whisky you can drink straight, one you can drink over ice, one that bartenders will make cocktails with and one that will flavour memorable moments with friends and family for years to come.

If you’ve been to any of the Oak Barrel’s Aussie whisky tastings over the past few years, you probably would have had the discussion about the state of the scene. A slew of awards fixed the great Sauron eye of the international whisky community firmly on Australia and bottles (which previously were the hardest sell in the shop) essentially disappeared. The great glut of mature whisky in this country from what is still very much an emerging industry saw demand and prices soar.

While we make a lot of exceptional whisky in this country, it would be arrogance and obliviousness to expect that everything we touch turns to gold – particularly in these early stages – and quality control is more important than ever. It’s all vital to remember that while we whisky nerd are used to, and prepared to, pay over $150 for bottles of whisky, that is quite a big jump for new drinkers. And new drinkers are vital.

The costs of producing whisky in this country from scratch are incredibly high (before we even get to the tax debate) so we’ve no qualms with the price of Australian whisky, but that doesn’t mean we aren’t incredibly excited to offer an ‘everyman’ expression regularly on the shelf.

Port Melbourne’s Starward are the first to offer a release on this scale and we haven’t shut up about it since it was revealed. It doesn’t mean they’ll be the only ones to reach the scale required for a release like this and we’re keeping our eyes on Limeburners/Tiger Snake’s new Porongurup site in southern Western Australia and the new Archie Rose distillery south of Sydney will be nothing to sneeze at.

We encourage and look forward to the evolution of the Australian whisky scene for all drinkers.

Tasting notes, sample opened for a month now: It’s not disguised at all on the nose, the ripe banana and tropical fruits of Starward are prominent here, a bit of lifted grain and fresh-cut red apple. Yellow jelly-babies, dry grass cuttings. Palate is exceptionally soft, thanks wheat, red confectionary sweetness on the palate, slightly biscuity towards a gentle spice on the finish that lingers with tropical fruits again. 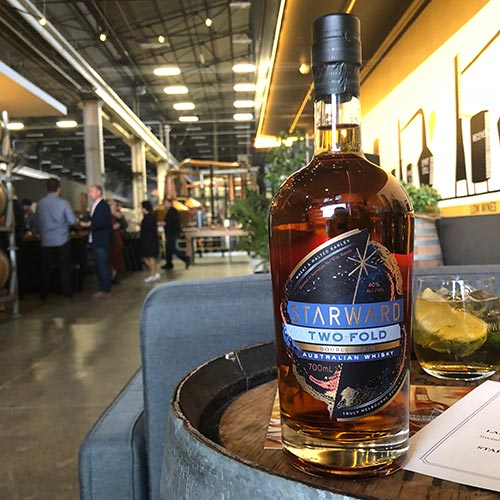 Launched at the 2018 Sydney Whisky Fair was the long-awaited appearance of Black Gate’s heavily peated expressions. A window into the future of the country NSW distillery, it was proof that an Australian distillery can be a heavily peated force moving forward. Carrying all the treacle of the house style, the finish was fantastic – fine and powerful like a welterweight.

A single cask from the relatively rare Scottish Glen Keith distillery, we had this on taste at our Creative Whisky launch tasting and our allocation was sold out before the event ended. An exemplary example of complexity, subtlety and bottling a whisky just at the right time. Unfortunately Creative Whisky won’t be bottling moving forward, but at least we have this to remember.

A 41-year-old blended malt that retailed for less that $400. On sheer specs alone this was a whisky that deserves a mention here, but the taste lived up to the hype – and then some. Integrated oak failed to overpower the spirit and all the musky, dusty, poised elements of old sherry casks were present here. Sold out almost instantly, hats off to Iain Croucher of North Star for being honest and open with his pricing and passing on such a great expression at such an affordable price.

Oak Barrel Whiskies Of The Year

See the Whisky Hall Of Fame, a selection of whiskies we've sampled with you at The Oak Barrel, here.