The country has quite a long history with whisky, but when we talk about domestic whisky today we largely reference distilleries established post the mid-‘90s – when Bill Lark kickstarted the industry in Tasmania. Fast forward to 2019 and there are distilleries all across the country of all shapes, sizes and intents.

Many of these are incredibly small batch, sometimes even hobby distilleries or retirement projects, but many are now starting to look a bit bigger, proving themselves more than just a passing concern. 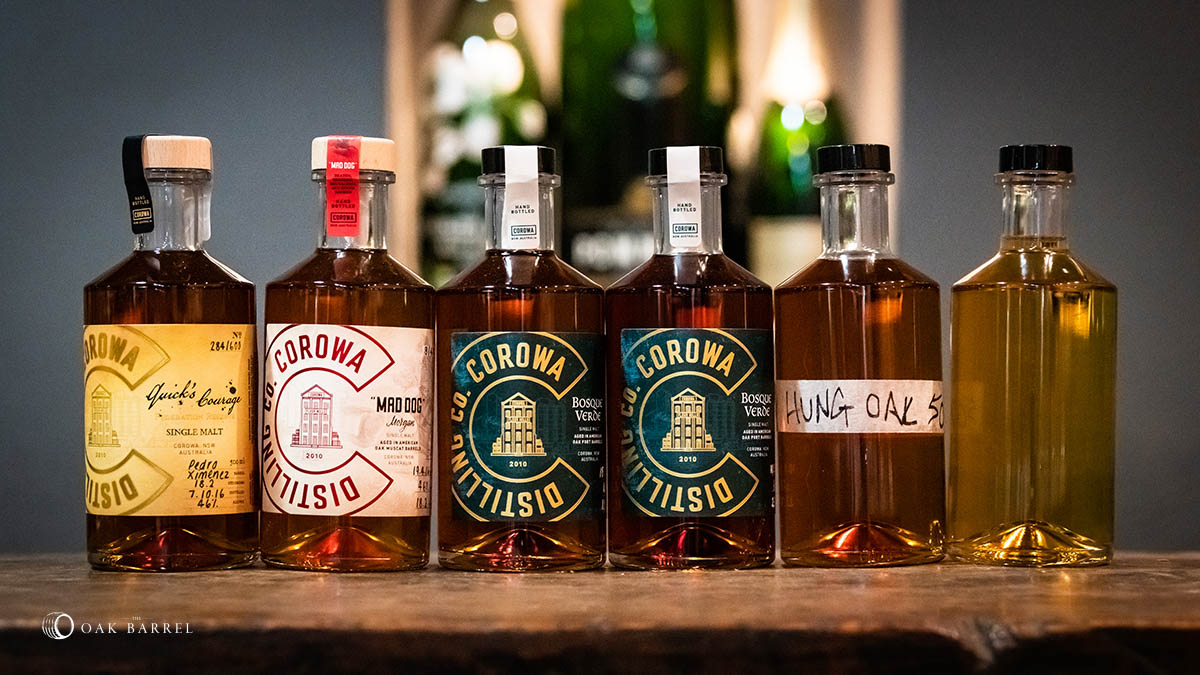 Ever since the Corowa Distilling Company was formed in the Murray River-hugging town, their intentions have been clear. This is not only a distillery that aims to make the best Australian single malt whisky it can, but also to be an international drawcard for its region and the produce.

The first whisky from Corowa came of age in 2018 and was launched in September of the same year. Unfortunately, they missed our annual Sydney Whisky Fair (last weekend of August) by a week. It was therefore a few months in the planning, and probably quite a bit overdue, that we welcomed the team to The Oak Barrel tasting room this past Wednesday 10 April, to announce themselves and their whiskies to an over-sold (24 hours it took) crowd. 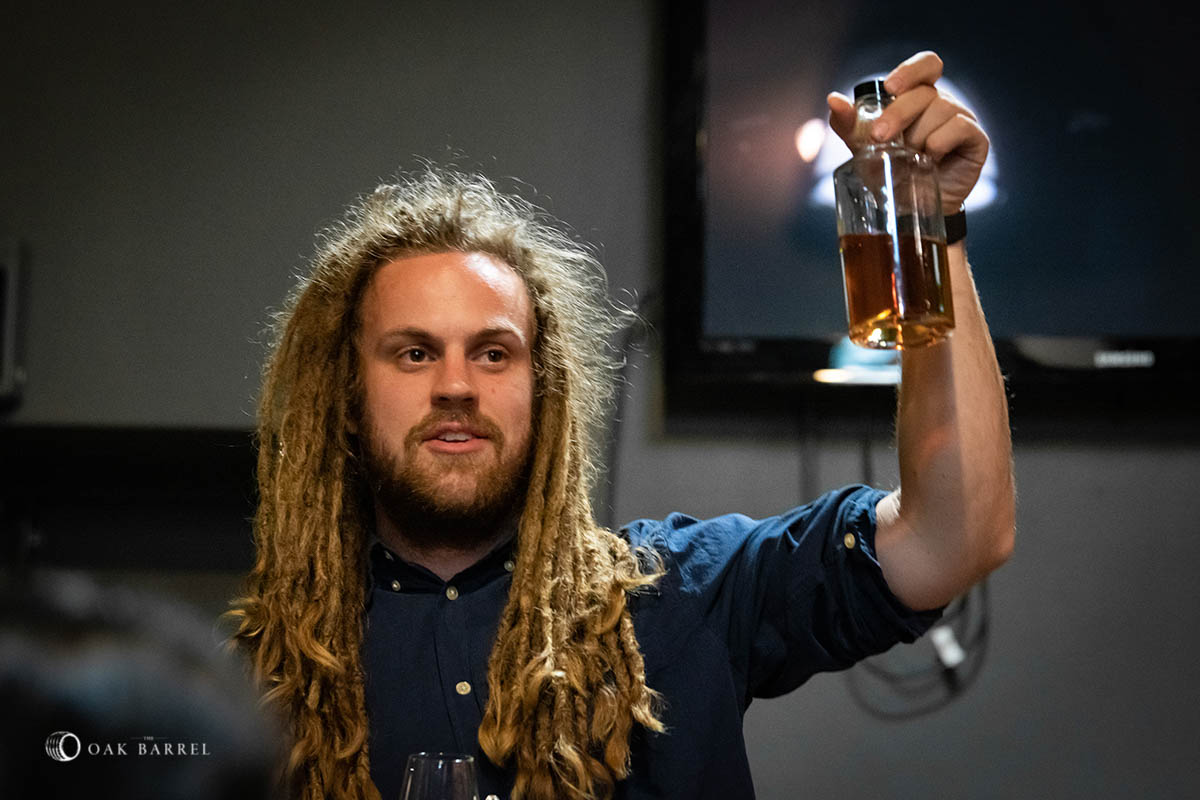 Tasting their current core lines – the port cask Bosque Verde at 46% and 60%, the muscat cask Mad Dog and the Pedro Ximenez-finished Quick’s Courage – we were also treated to barrel samples from a Hungarian wood cask and a heavily peated expression, the latter leading to more than a couple of expressions of interest from punters. 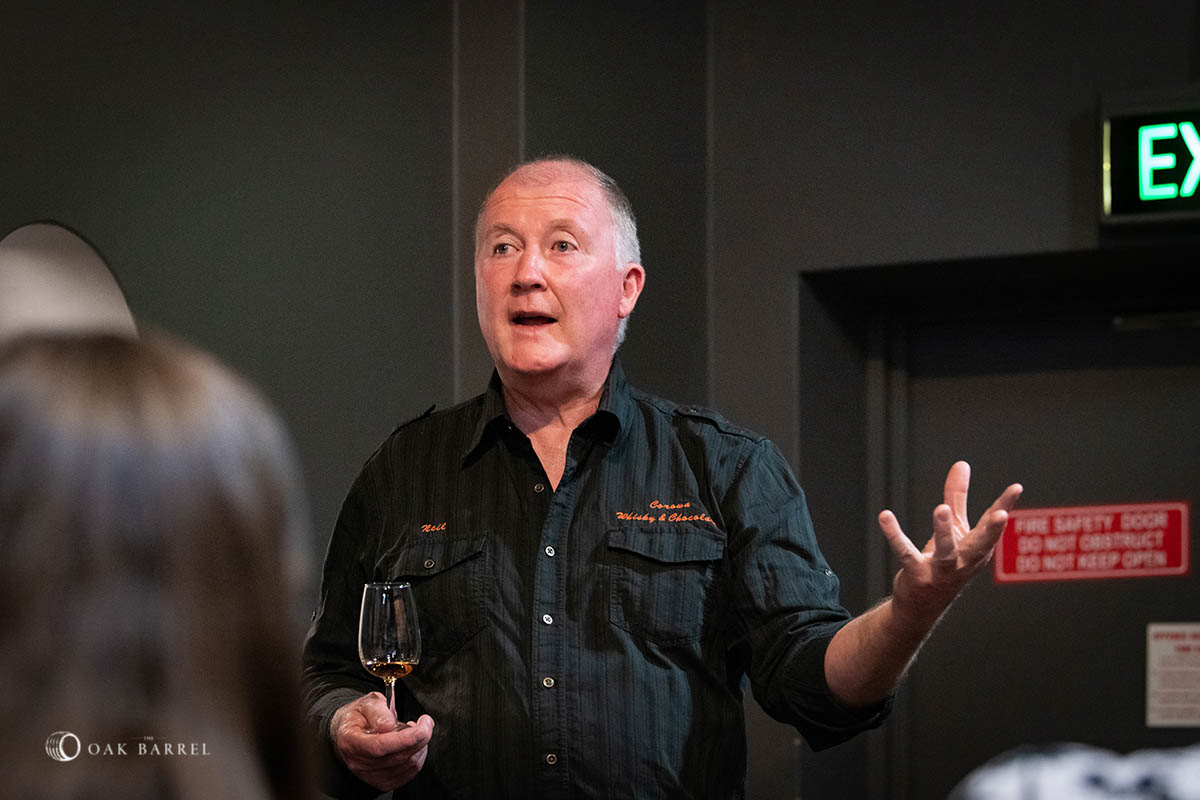 Whisky comes from the ground. It is distilled from grains that need to be grown, to be farmed. When a distillery like Corowa comes along, determined to use local barley and draw people to the region, that’s something we can all get excited about. It’s early days still, they’re barely six months in the market, but each release is a step-up and the scale for success is there.

Next time we all catch up, hopefully it’s in their town.

The evening was expertly captured by May Lawrence. 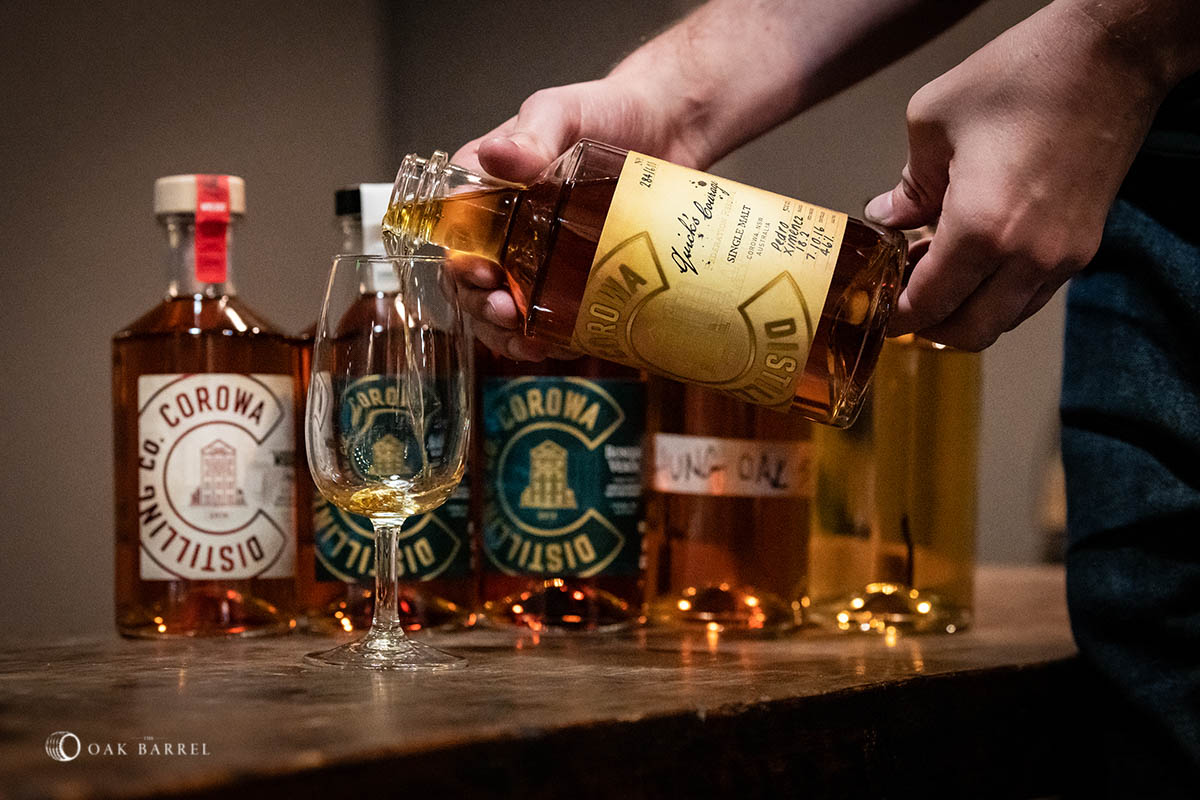 Whiskies Tasted On The Night 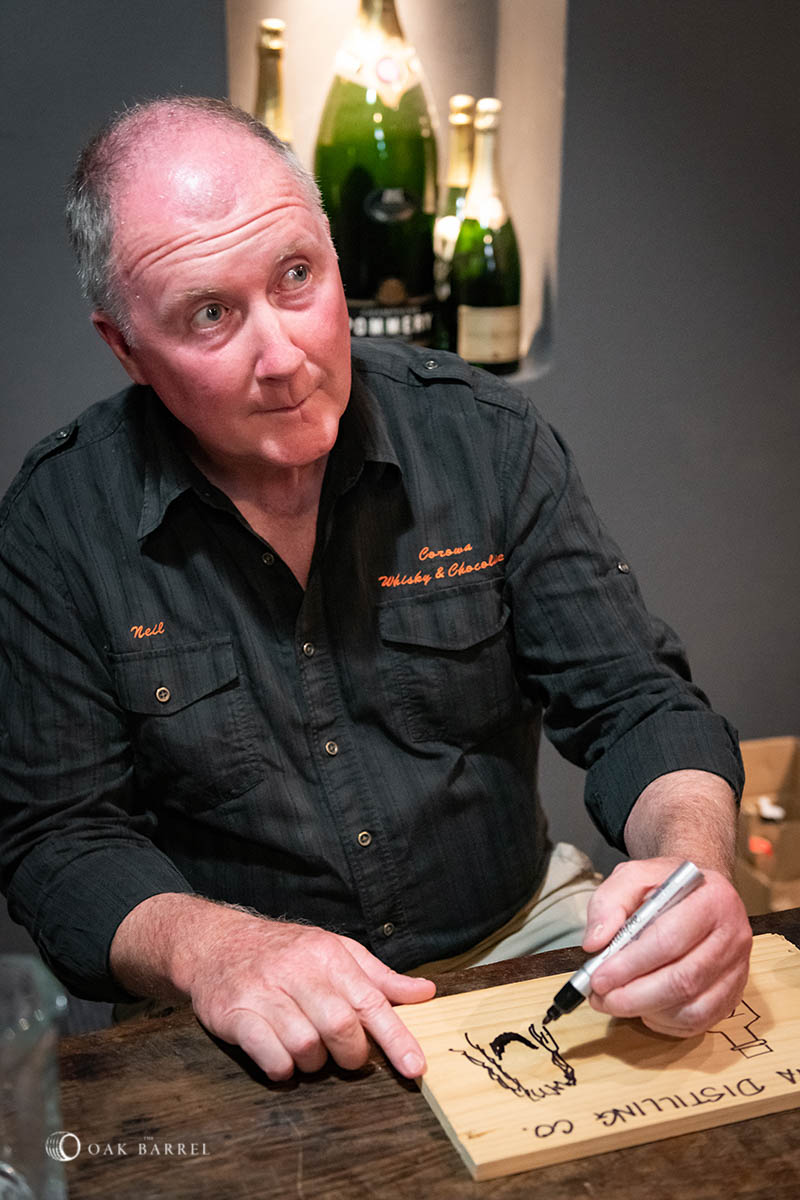 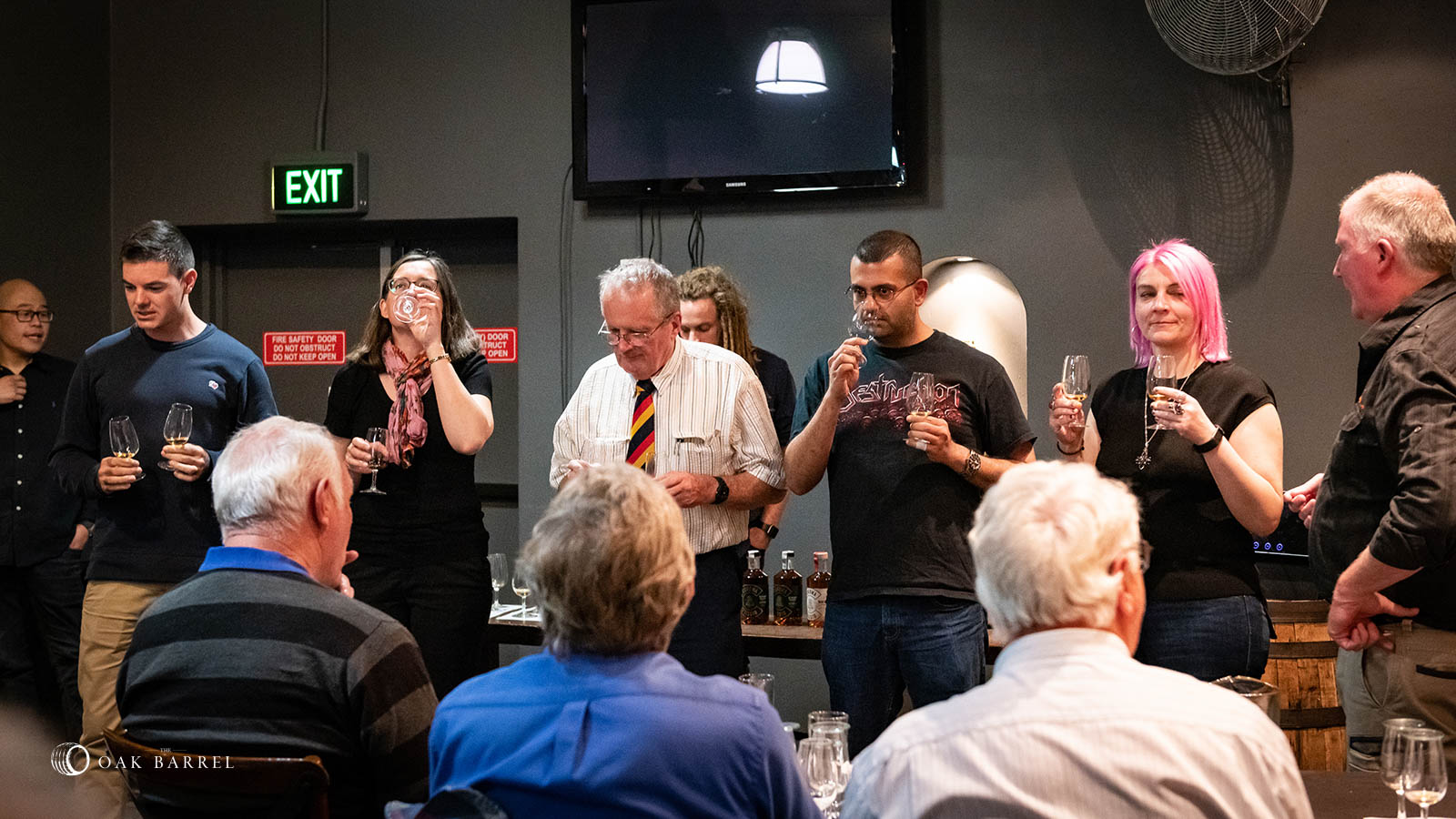