The Oak Barrel's whisky team are excited to kick off 2019’s announcements with a very special set of whiskies: the Savannah series by Antique Lions Of Whisky. The third edition of these remarkable, rare single casks, we’re happy to report that just like 2018’s Butterflies and 2017’s Birds, we’ve once again got our hands on a couple of these in-demand sets.

The Savannah set might even by the best-looking release on paper as well, with distilleries like Springbank, Clynelish, Octomore and Glen Keith alongside classic Speysider and Irish single malts. 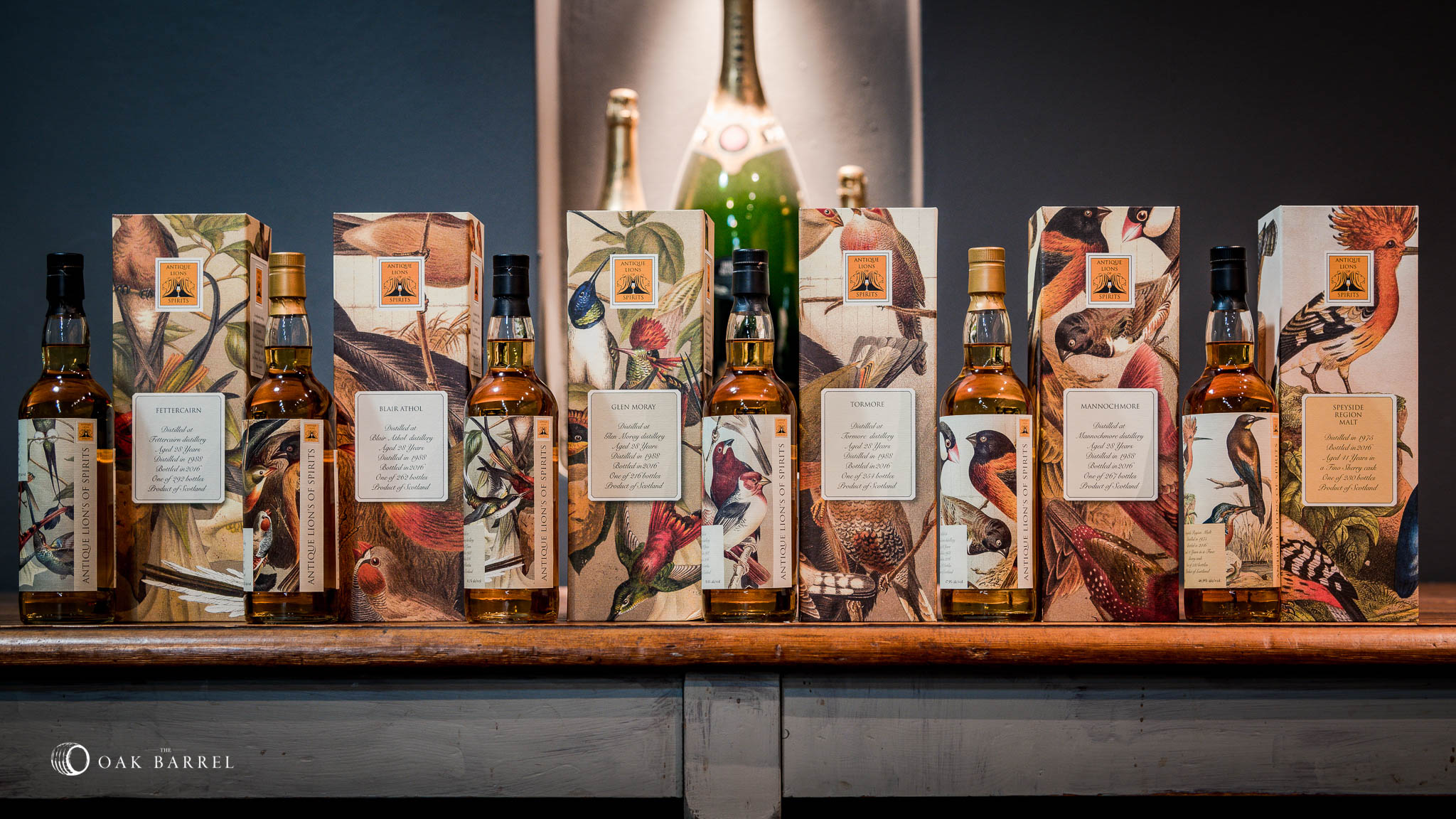 Designed as a homage to the Moon Import bottlings prominent in Europe in the ‘90s and ‘00s the ‘Savannah’ series follows the lauded ‘Birds’ and ‘Butterflies’ series, all of which were/are exceedingly rare outside of Europe. Once again, in tribute to the mythical Moon Import releases these bottles carry some of the best packaging we’ve ever seen. 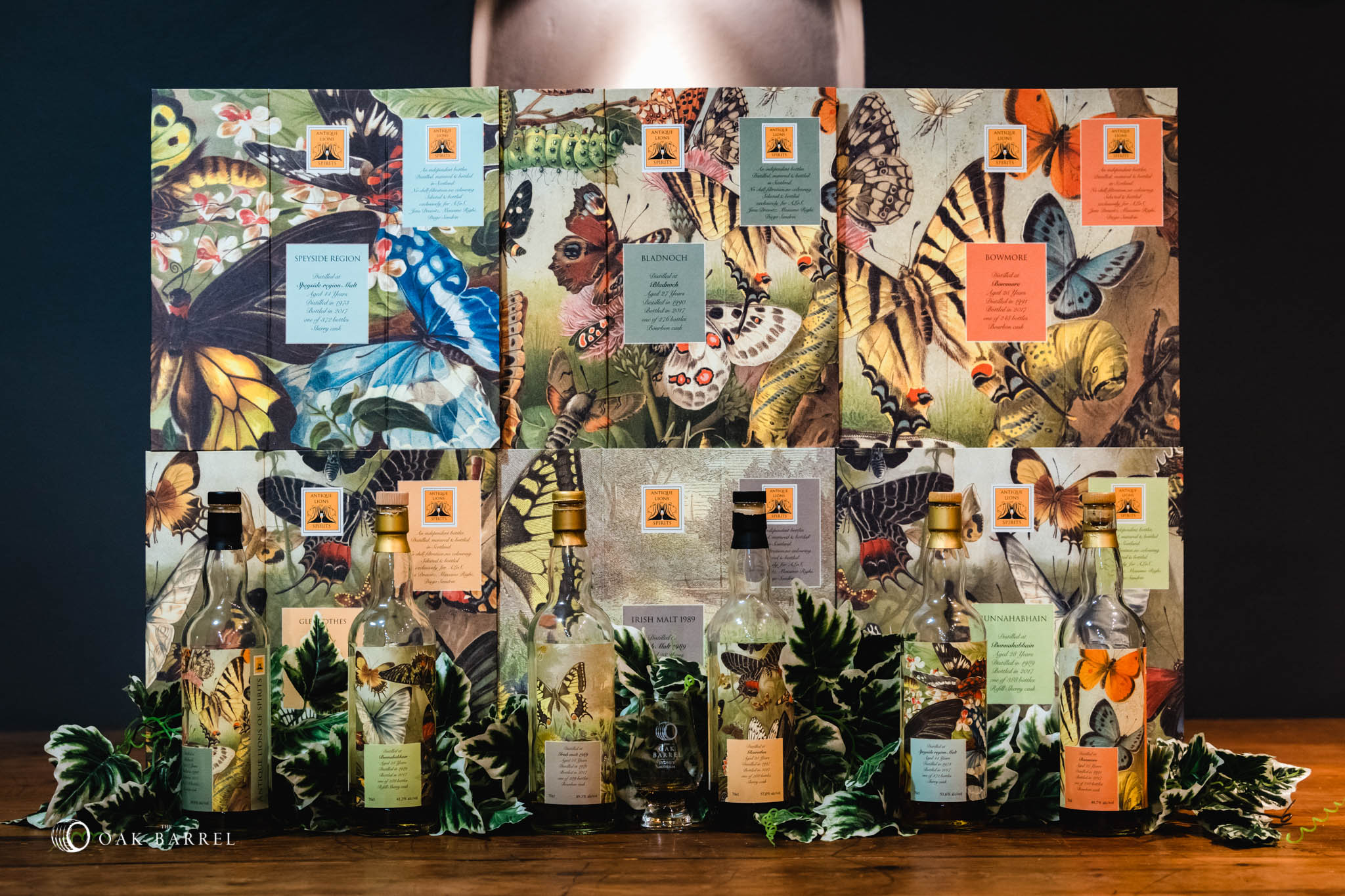 Antique Lions Of Whisky Butterflies series picture by May Lawrence

A series of six, these are all fantastically aged whiskies.

The whiskies have been selected to have an ‘old world European’ style, which is a rare treat down under. The Antique Lions Of Whisky series may be the most consistently brilliant selection of whiskies in the past couple of years, so we have great expectations for this latest release.

With very limited bottles in the country, you can see the bottles below. We’ll also be holding a very special tasting event in the Oak Barrel Cellar Room Wednesday 6 March. Very limited spots, we can’t do more than one night. We also can’t guarantee that there’ll be anything left to sell on the night, which will see bottles at members’ pricing.

It will perhaps be the only time the full set has been opened in a public event anywhere in the world.

Full details of the tasting here.