We are incredibly exciting to offer the highly anticipated 2017 release of the iconic Domaine Prieure Roch.

The Domaine was established by one of Burgundy’s most notable names, Mr Henri Roch who was also the co-director & co-owner of Domaine de la Romanée Conti.

Since 1998 Mr Roch had acquired vineyards in some of Burgundy’s most famous villages with Prieure Roch having an enviable holding of 14 hectares which include the notable Grand Crus of Clos de Beze & Clos Vougeot. Prieure Roch also farm several monopoles including the Clos de Corvées in Nuits St Georges which has a history dating back to the middle ages & Clos Goillote in Vosne Romanée which is a rare .55-hectare plot fifty metres from La Tache.

Prieure Roch has been farming with organic viticulture since its inception and produces extremely low yields in all its plots to enhance the intensity and quality of the cuvees produced at the Domaine.

In the winery they employ natural yeasts for all wines & 100% whole bunch fermentation for all red wines, except for the rare Pinoterie Pure which is only released in certain years. There is no fining or filtering & sulphur is only used in the smallest of homeopathic doses at bottling .These choices showcase the philosophy of the Domaine to present a wine that is the purest expression of the fruit without being manipulated by additives or commercial practices & lets the terroir of the cuvee speak in its clearest voice.

The 2017 harvest in Burgundy was one meet with great relief & joy for Yannick Champ & his team at Prieure Roch, Yannick commented the fruit was the healthiest he had seen since he started at the Domaine in 2002. The berries had thick skins due to plenty of sunshine during the growing season & the juice displayed gorgeous colour and soft,silky tannins. The vintage has produced wines of energy and vitality with some comparisons to the classic Burgundian vintage of 2010 & though approachable in their youth the Premier Cru & Grand Cru wines will evolve beautifully in a cool cellar for many years.

Domaine Prieure Roch has forged a reputation for producing some of the most aromatically enticing and expressive wines from Burgundy that one could ever hope to experience. They are unique wines that are full of personality, intensity & with the healthy assistance of mother nature the 2017 vintage will be some of the most complete wines ever offered from the Domaine in Australia. 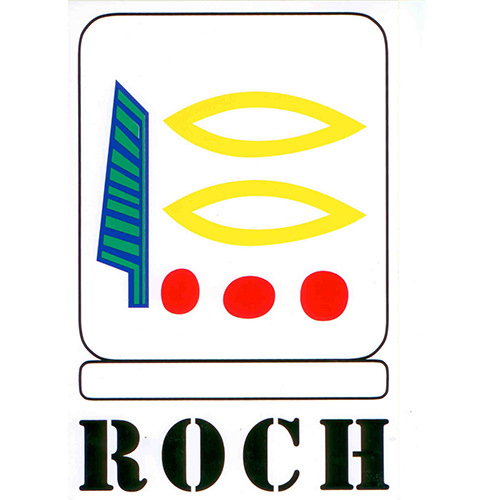 Chardonnay from the Glapigny Boncourt plot which is below the village of Vosne Romanee on the alluvial flats, whole bunch fermentation with two weeks’ skin contact in large oak vats & then elevage in stainless steel for maturation.

Produced from a plot in the village of Ladoix which is at the northern foot of the famous hill of Corton. Fermentation and elevage all in stainless steel & bottled after 9 months.

The Ladoix Rouge is produced from a 1.8-hectare plot that is at the northern foot of the hill of Corton. Aged in old oak for 12 months this is a fantastic drink now introduction to the reds of Prieure Roch, bursting with red fruits and spices for immediate enjoyment.

Rose for the true hedonist, sourced from a selection of plots including young vines from the Les Clous plot in Vosne Romanée. A six-hour maceration including stems before pressing then wild yeast ferment & elevage. Rose with a vinous thumbprint of serious Red Burgundy.

This rare bottling is only produced in years when the ripe berries that fall naturally from the bunch on the sorting table are collected and blended together for this cuvée , the plots that contribute to this blend include Clos de Beze , Clos Vougeot , Les Suchot & Clos de Corvée ! The only red wine that does not see any stalks in the fermentation & the Pure reference is to the fact that the wine is bottled directly from the cask with no added sulphur

Produced from some of the oldest vines on the Clos de Corvée plot with an average of 80 years old. This vineyard has a remarkable history with references of it dating back to the middle ages. This wine spends 20 months maturing in oak barrels & showcases the depth and intensity of Nuit St Georges with the aromatic profile that makes Prieure Roch unique.

The first vintage produced by Prieure Roch was 2009 & prior ownership was farming with organic practices for nearly 20 years. The vines are nearly 50 years old and the cuvee displays an earthiness and warmth of profound power and length – only 2000 bottles produced.

The fruit for the Clos de Corvees is exclusively “Millerandes “grapes which are small undersized but fully ripe grapes that offer profound intensity and power. A painstaking vineyard practice to produce this unique wine that Henri Roch called the Admiral of the Fleet!

Domaine Prieure Roch farms just over 1 hectare in this famous premier cru plot that has been rented from DRC since 1994, the vineyard adjoins the Grand Cru plot of Romanée St Vivant. One of the most seductive and silky wines produced by Prieure Roch from vines that are on average 35 years old.

From one of the most prestigious village climates that has the vineyards of Les Suchots & Romanée St Vivant at its boundaries. An extremely rare cuvee from the Domaine with only 2000 bottles produced from 45-year-old vines.

A rare & distinguished monopole that is fifty metres from La Tâche , the vineyard was purchased from Domaine de la Romanée Conti in 1988 & Prieure Roch views this rare plot as of Grand Cru quality. The vineyard has a history dating to 1763 when a winery & large mansion was built next to the garden vineyard for the Prince of Conti. The elevage is for 18 months in 100% new oak and less than 2000 bottles are produced each vintage.

Holdings of just over half a hectare in this imposing Grand Cru plot that are located in the most coveted northern sector described as the “Terroir Royale” part of Clos Vougeot. Vine age ranges from 45 to 85 years old and the total production of 2400 bottles.

The pinnacle in the Prieure Roch range with the holding in Chambertins famous Clos de Béze which is amongst the finest Grand Cru plots in all of Burgundy. Vines are around 85 to 100 years old & the holding in this plot is one hectare.