We’re thrilled to take the wraps off a new exclusive Scottish single cask whisky from our friends at BenRiach, a cask we’ve had our eyes on for over a year.

The latest exclusive whisky bottled by The Oak Barrel, this was initially intended to be a star of the 2020 Sydney Whisky Fair, but will now feature as part of Sydney Whisky Forum 2020 – the virtual replacement for this year’s event.

Due to a shipping delay, the bottles will not be in-store and ready for dispatch as expected on Friday 28 August. As such we’ve decided to postpone the virtual tasting launch to a to-be-determined date. We will announce that as soon as we can get a clear timeline on the arrival, which we expect in a matter of days.

UPDATE II: BOTTLES HAVE LANDED AND ARE BEING SENT ALL OVER THE COUNTRY. LAUNCH EVENT TO TAKE PLACE TUESDAY 22 SEPTEMBER AT 7PM!

Distilled 3 May 2005 and bottled early 2020 as a 14-year-old, cask #1868 was a rum cask of Jamaican origin. The cask attracted some particularly thirsty angels and experienced significant angels’ share during those 14 years – in the end it yielded just 102 bottles at cask strength 55%.

A whisky that expresses everything we love about BenRiach – the same things we’ve celebrated across multiple single cask tastings in the past three years – we are now offering this release for pre-order ahead of its arrival in two week’s time. We are doing this so on the day they land in store, we can Express Post the bottles around the country to hopefully reach you in time for a very special virtual launch event and tasting with the distillery.

It also means we can offer a special ‘Pre-Sale’ price, akin to what we would have been offering it for during Whisky Fair.

The bottle will retail for $200, so $198 for members. During the pre-sale we will be offering it at the $185 ‘Whisky Fair’ price for both members and guests.

More details below, but first – why did we choose this cask? The following are our initial notes for cask #1868, taken from a line-up of samples supplied from the distillery.

Palate: Vanilla, chewy, cardamom, zest – development of what we enjoyed on the nose.

Finish: Lingering vanillas on the entry pushing into a dry spice, popping candy. A little herbal as well maybe?

Comment: This is why we love BenRiach. A distillery unconstrained by consumer expectation and who are not only experimenting into the future but who already have warehouses full of barrels they’ve been experimenting with for decades. BenRiach can be – and is – whatever it wants to be and that was certainly the case with this, we had no idea what to expect from this sample. In the line-up of cask samples we tried there were certainly more ‘classic’ expressions, but this was by far the most fun. The complex, evolving flavours – and the joyousness of the experience – kept us coming back to cask #1868.

We’ll be launching this single cask in a virtual tasting on Tuesday 1 September as part of Sydney Whisky Forum. With special guests from the distillery in Scotland, we’ll talk through the whisky, the distillery and also look at the process involved with selecting a single cask.

Due to the ongoing pandemic, many delivery schedules around the world have been delayed – and this cask is no exception.

We are expecting the bottles to arrive at The Oak Barrel Friday 28 August, and for those in Sydney they will be available for pick-up from then (we will contact you to confirm this). All other bottles will be Express Posted around the country as soon as possible.

After moving dates and juggling schedules, we think this gives us the best chance to get as many bottles to as many people as possible before 7pm Tuesday 1 September when we’ll call into Scotland.

Due to a shipping delay, the bottles will not be in-store and ready for dispatch as expected on Friday 28 August. As such we’ve decided to postpone the virtual tasting launch to a to-be-determined date. We will keep you updated as soon as we get firmer details.

In the interest of complete transparency, here is the timeline of how the cask has played out. This is to give you an insight into the process, which is something we’re also going to be discussing at the rescheduled virtual launch!

We have been talking with BenRiach about a cask for over two years and went through a number of samples in early 2019. After becoming quite attached to cask #1868 – and having it reserved for us – we committed to it as soon as Whisky Fair 2019 was a wrap, locking it in during September 2019. That timeline gave the distillery enough time to fit it into their incredibly busy bottling schedule and have it moving in early 2020 once we’d confirmed the label, wording etc. The aim was to have it in Australia about a month before Whisky Fair 2020.

Obviously, 2020 hasn’t gone the way any of us has hoped, but while we were putting Fair’s replacement Whisky Forum together we were optimistic that the cask would arrive delayed in mid-August for a Tuesday 25 August virtual launch party, the date we’d scheduled a physical launch in earlier this year.

As we were about to launch pre-sales so we could dispatch bottles as soon as they landed, that timeline became less likely. Working closely with the excellent (and flexible) team at Brown-Forman, we erred on the side of caution and pushed it back to Tuesday 1 September as a closing week event for Forum. Unfortunately, as of this morning (Wednesday 26 August) that timeline is no longer feasible and there looks like there could be a delay of a week of the ship actually docking and the bottles clearing customs.

As such, we’ve decided to postpone the virtual launch to a soon-to-be-announced date, dictated by the arrival of the bottles. We’ll still be calling into Scotland and we want to not only celebrate and share this whisky with everyone, but also really dive into the process of single cask selection. We'll talk from the aspect of the distillery, the importers and The Oak Barrel to give you an insight into what goes into the whisky in your glass. We feel that discussion won't feel the same if you don't have the whisky in front of you to sample.

Thanks for your understanding and we’ll keep you in the loop as we receive updates!

HOW THE EVENT WILL WORK

This is a virtual tasting, with full bottles to be sent out around Australia. Those who have registered for the event will be sent a link prior to the event in order to join the Zoom chat on which the tasting will be held.

If you don't want to use Zoom, everyone is welcome to follow along on either The Oak Barrel's Facebook or YouTube pages as well as on oakbarrel.com.au/live or whiskyfair.com.au/forum.

While we will do our utmost to get packs to everyone on time, delivery delays are a reality in 2020 regardless of where you are in Australia. We will be express posting out bottles from Friday 28 August (delivery permitting) (as soon as they land) but exact delivery times will be dependent on location and the individual couriers. 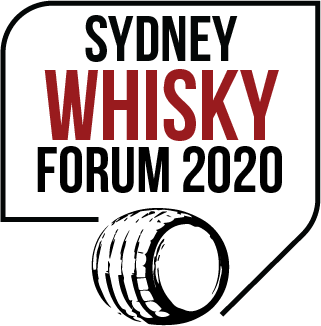 Sydney Whisky Forum 2020 is a ten-day celebration of whisky in the Australian market featuring panels, discussions, keynote interviews and virtual tastings. Running from Monday 24 August to Wednesday 2 September, the first annual Forum takes place across the same last week of August that would have seen the 11th annual Sydney Whisky Fair run, had it not been for 2020’s complications.

Featuring distillers, bottlers and industry experts from Australia and around the world, it will not only be a chance to get (virtually) up close and personal and ask questions of the people behind the whisky in your glass, but it will also serve as resource into the future. Following the live events, the videos will be posted to watch for free.

Browse all the Sydney Whisky Forum 2020 events at WhiskyFair.com.au/Forum.

WHERE YOU CAN WATCH

Sydney Whisky Fair, which celebrated its tenth anniversary in 2019, and Sydney Whisky Forum are both promoted by The Oak Barrel. An icon of the Sydney fine drinks scene since its establishment in 1956, it has been named the Icons Of Whisky Single Outlet Of The Year and Australian Liquor Industry Awards Bottle Store Of The Year on multiple occasions.