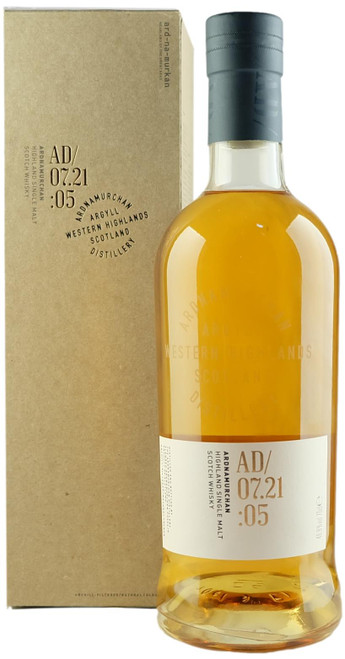 The fifth release of their just-as-limited "core release" single malt whisky from the Ardnamurchan distillery on Scotland's west coast.

19,998 bottles were released around the world, however, unfortunately, very few manage to make their way to our shores.

As with all the releases from the distillery, a QR code on the label gives you access to as much information on the production as possible.

Founder, Alex Bruce described the whisky made at Ardnamurchan as being of its environment.

"We chose Arndamurchan, this remote, rugged, highland, west coastal peninsula, we chose it to build a distillery, not because it would be impossible to get to and all that sort of stuff, but most importantly we chose it because of the climate and what it is and what it can do to whisky.

"We’ve built a distillery, we’re trying to make the best possible spirit that we can but everything else we’re handing over to the environment. If I was to copy and paste Ardnamurchan somewhere else in Scotland or somewhere else in the world, you would get a very different whisky. The profile that we are naturally getting out there is a very maritime, very coastal profile."